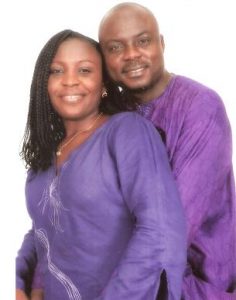 Drugs weren’t delivering expected results. Then the Emmanuel TV prayer line receives a desperate call. Find out what happened next.

Roseline Achimugu knew she was in for a rough time. The “spontaneous acute headache” was none like anything she had ever felt. Whenever the pounding started, she reeled with intense pain. One other thing she knew was that the experience was “deadly.”

Unwilling to slip into the journey of no return, she fled to a hospital. Following examination by a doctor, Roseline began to receive treatment. But rather than a countdown to health for the resident of Lokoja, Kogi State, Nigeria, she was shocked that “no drug seemed to be working.”

Moved with pity for his suffering sweetheart, Abraham, her husband, grabbed his phone and dialled a number. “There is no situation God cannot solve,” said the voice on the other end.

He passed the phone to his wife, as the evangelist on the Emmanuel TV prayer line had instructed. Roseline put the phone to her ears, as the voice began to pray.

She described what happened: “Lo and behold, a chilling sensation ran down my spine. It was as if cold water had been poured on me. INSTANTLY, the chronic headache vanished, even while I was still on the hospital bed!”