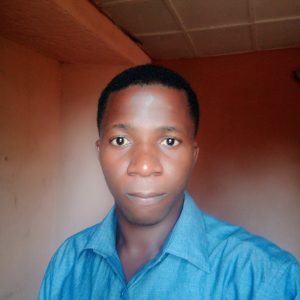 “Most of the thoughts that went on in my heart at that time was lustful thoughts and surprisingly, I began to have strong sexual urge for animals. There was a day I nearly had sexual intercourse with a goat but the goat escaped. While doing this, I was also smoking. After I committed these acts, I would start regretting and many times, I cried in private but I could not help myself. I struggled with all of this for eight years. Sometimes suicidal thoughts would pop up in my heart because I couldn’t help myself get free from these addictions.

“After eight years of struggle, help came from where I least expected! This happened when my mum was terribly sick. She went everywhere in search of solution but all to no avail. Then, one of our neighbours introduced her to Emmanuel TV. When she watched, it encouraged her faith and she traveled to The SCOAN where she was prayed for by Prophet TB Joshua and received her healing. On her way back home, she brought Morning water and some DVDs. So, one fateful day when I was watching pornography as usual, a thought came to my mind that I should just try and watch this ‘TB Joshua DVD’ and see what was there.

“I continued watching Prophet TB Joshua’s DVDs until later on we installed Emmanuel TV in my house. Surprisingly, I had a very strong urge to study my Bible. Now, there is no day that I don’t read my Bible. I have also seen Prophet TB Joshua praying for me in my dreams whenever something was about to attack me.

“Since I received my deliverance on Emmanuel TV, I dream differently, think differently and I have a sensitivity I have never had before. The world is yet to see the best of Prophet TB Joshua and Emmanuel TV from what Jesus showed me!

“My advice to the youth is they should choose their friends with care and keep watching Emmanuel TV as well as reading their Bible slowly, repeatedly and attentively, for God is in His Word!”