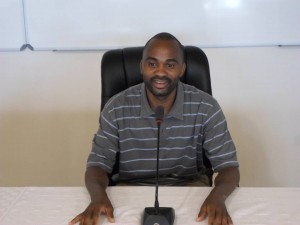 “EMMANUEL TV IS A CHANNEL OF LIBERTY”

“EMMANUEL TV IS A CHANNEL OF LIBERTY”

“Emmanuel TV is the channel of liberty! I came to know about Emmanuel TV and Prophet TB Joshua when I was working in Botswana. When Prophet TB Joshua was coming to Botswana for a crusade in 2005, it was actually announced in the church I used to go to and they warned people not to attend because they believed that the Prophet practised satanism.

“I was curious, like David when he went to the battlefield, and I asked questions about the Prophet like, ‘What exactly does he do?’ I asked this repeatedly and no one ever told me that the man of God drunk blood but all I was told was that he heals people, lame people walk and when he prays for people, they are blessed. I found one person who actually told me I could watch the man of God on a TV channel which I did. To my surprise, all I saw were the exact works of the apostles as recorded in the Bible. I liked him instantly.

“I was having a lot of setback with work in Botswana and I thought, ‘If a leopard is given wings to fly, it would be foolish to refuse.’ I decided to go to the crusade for my own miracle and what I saw was indescribable… lame people walking, the sick rising up. I have continued watching Emmanuel TV up until today.

“I was facing many problems in my family which I believe were generational cases. Things were not moving in my life and I used to be very bitter, especially towards God. I thought God never knew that I and my family existed and I would ask God why things were happening in my family like that. Because of this, I turned to alcohol. People thought I was a happy person but i would always cry in my closet.

“However, since I started to watch Emmanuel TV and listen to Prophet TB Joshua, I have changed a lot as I now know who our real enemy is – that old man. God has been talking to me through Prophet TB Joshua in my dreams. I have stopped drinking and other areas where I still have weaknesses are being worked on and I am getting delivered!

“I urge people to keep on watching Emmanuel TV! Some of the greatest miracles I have heard from people giving testimonies are from people who were just watching Emmanuel TV, touched the screen and did not even go to SCOAN. Believing is the connection – just believe and you will receive. Prophet TB Joshua is a role model, together with Emmanuel TV partners. I feel he is talking to me to say, ‘Imitate me as I imitate Christ’ and I want to flow in the area of giving. I believe God blesses us to be a blessing to others. What are blessings when you can’t share them with others? Good Morning!”