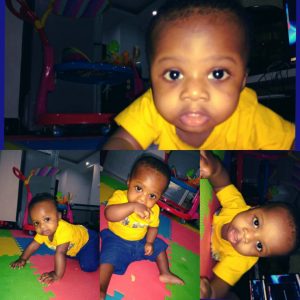 “I am Mrs Sophia Frempong, a Ghanaian residing in China. I was 9 weeks pregnant when I felt a sharp excruciating pain in my lower abdomen; it was unbearable. I was taken to the hospital and an ultrasound result showed a foetus and two increasing fibroids alongside an ovarian cyst. I was admitted and given IV fluids and analgesics (painkillers). However, the pain was still not getting better. One of our friends sent us Morning Water, which my husband ministered upon me at the hospital. That night, around 1:30am, I experienced a massive bleeding. The doctors rushed to the scene and saw me soaked in blood. Considering the amount of blood, they explained to me that it was almost definitely a miscarriage and they would have to take whatever is left out of the womb.

“I was rushed to the operation room but had the assurance in my heart by praying with the Morning Water that everything would be alright. I requested for an ultrasound to confirm the state of the pregnancy before they go ahead to take the remains of the foetus from the womb. The ultrasound result came out showing that the baby was alright and had even increased in size! The doctors were so surprised and I was taken back to the ward.

“The next day, one of our prayer partners came to visit us at the hospital. He had the Faith Bracelet which he received when he visited The SCOAN last year. While we were praying, he said that I should place the Faith Bracelet at the part of my abdomen where I was feeling the pain. When I placed the it there, in the next minute, I started bleeding again. The doctors came to see this and concluded that perhaps I had an abnormal baby that couldn’t survive and it was better to remove whatever was left from the uterus. I was again rushed to the operating room to take the foetal remains from the uterus.

“However, I still pleaded for an ultrasound test to confirm the state of the foetus before any operation, which they agreed. The result came out showing that the fibroids had shrunk in size and the ovarian cyst had also reduced and was leaking. However, the baby was healthy and still growing! The doctors couldn’t explain what was going on! The pain went and I was discharged the following morning. Our prayer partner then lent me the Faith Bracelet to wear throughout my pregnancy!

“Throughout the pregnancy, God was faithful to me. I safely had my baby five months later. An ultrasound result after delivery showed a healthy uterus without any fibroid. The doctors were amazed and could not explain what really happened. No one can fathom what the Lord can do. Glory to God! I have attached the medical reports.”