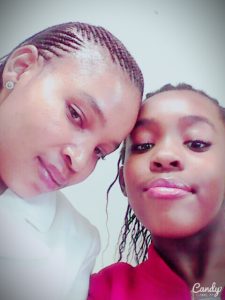 First Time In Ten Years I Haven’t Been To A Doctor!

First Time In Ten Years I Haven’t Been To A Doctor!

For Sipokazi Twantwa from Johannesburg, South Africa, the Morning Water is one huge reservoir from which anyone can draw limitless victory.

“I had a caesarean section, which led to 15 years of severe back pain, due to the epidural injection I received. A friend helped me to get the Morning Water. After I ministered it, the pain vanished! Again, after the birth of my second child, I developed severe menstrual pains, something I had never experienced. When the torture became unbearable, I consulted a gynaecologist, who told me such often happens after a delivery. I suffered this torment for 10 years. I ministered the Morning Water, however, and to God’s praise, the condition disappeared! My 10-year-old daughter used to suffer from tonsillitis in the winter. But for the first time in 10 years, she has not complained of the inflammation. This is also the first time I haven’t taken her to see a doctor – in 10 years! I didn’t pray for this miracle; the healing came just through the ministration of the Morning Water. Thank you Jesus! I’m in prayer for other things, and I have faith that God will answer me. Hallelujah! Emmanuel!”