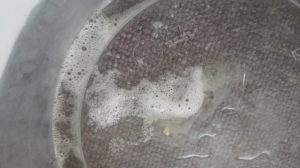 God Introduced Himself To Me Through Emmanuel TV!!!

God Introduced Himself To Me Through Emmanuel TV!!!

“Because of limitation in progress, setback and unemployment, I came to a conclusion that I had exhausted my powers and will and that I needed more of God in every sphere of my life. I now started watching Prophet T.B. Joshua’s prayers on YouTube whenever I had a chance. I then downloaded the Emmanuel TV app where I got really inspired by peoples testimonies who’ve never been to The SCOAN but were delivered through the internet while touching the screen and praying along with the Man of God.

“My faith grew stronger and my desire for the Lord grew as I called The SCOAN Prayer Lines and sent prayer requests. On Sunday 17th March 2019, I touched the screen during the Mass Prayer and in the middle of it, the electricity went off. I then continued with it on YouTube and I got healed from the knee pain that I’ve been having since last year. On Monday morning, I joined in on Mass prayer rebroadcast and my throat started to itch. I began coughing out what’s in the picture – and have been coughing out things the whole week. I believe that God is still moulding me and working on my character for the best that is coming my way. I thank God for His servants and Emmanuel TV. Now that I’m out of darkness I will never ever forget who is Light. I also thank God for introducing Himself to me through Emmanuel TV!”