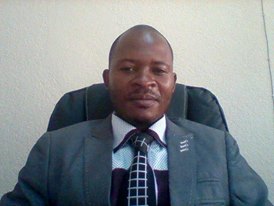 Hater Of Emmanuel TV Soars From Defeat, Depression To DIRECTOR!

Hater Of Emmanuel TV Soars From Defeat, Depression To DIRECTOR!

Once, he disliked Emmanuel TV. Then he had a strange “vision” that altered his opinion. Read about this peculiar vision and what happened after he keyed into the ministry of Prophet T.B. Joshua.

Joel Ambebila didn’t like Prophet T.B. Joshua. And he made sure he took out this disapproval on his friend, a lover of Emmanuel TV. Whenever he walks in and finds his visitor’s eyes glued to the screen, he immediately compels the guest to change the channel. Besides, the thirty-five-year-old Cameroonian always spoke evil of the Man of God because of things he had heard people say.

One night, however, Joel had “a vision” that left him trembling and sweating profusely. “A voice came out of a shining light in the sky. It said, ‘My son, be careful what you say when people talk about T.B. Joshua, because he is my chosen’.” From that day, he took “interest” in watching the Christian TV station and praying with the Prophet.

Now, 2012 was one year Joel is not likely to forget in a hurry. It was filled with problems that climaxed in a crumbling of his marriage. He was bogged down with debts, as his business ran into troubled waters. He had started a small taxi operation. And while one vehicle got wrecked in a “serious accident”, the driver of another used the car for a robbery. “When the locals pursued, he ran away and abandoned the cab. The angry residents had almost burned the car but for the intervention of some soldiers on a patrol. A court case ensued. With God’s help, however, it was later withdrawn.”

At this crossroads, the former Emmanuel TV-hater-turned-admirer, one day, dreamed. “Prophet T.B. Joshua came to my village for a crusade. After the programme, he walked up to me and asked for my passport and curriculum vitae. He prayed over them. He also took my telephone number, and said he wanted to be my friend.”

Joel kept the dream in his heart. Believing a blessing was on its way, he watched keenly for a fulfillment. About a year later, he found a job with a non-governmental organisation in Cameroon. Full of anticipation, he thought: “This is the work the Man of God prayed for me about.” Was it?

“After working for this organisation for a year and six months, I was appointed on a special assignment to Maroua in Cameroon. This was to begin humanitarian assistance to refugees fleeing to Cameroon from Boko Haram attacks (in Nigeria). In six months, I was able to mobilise about $3.5 million from funding agencies.”

But “surprisingly, after six months, my contract with the organisation was discontinued, despite having performed excellently. I wrote to the Human Resource department asking for a feedback on non-renewal of my contract. They did not respond.”

Joel became depressed. Thoughts ran confusedly through his mind. “I felt this job was it,” he said. “I didn’t know that God was preparing me for another level; I didn’t know He was getting me ready for a fulfillment of the prayer by Prophet T.B. Joshua.”

The heartbreaking month had barely passed when Joel received another job offer as a humanitarian at the Democratic Republic of Congo. This meant he would travel with the use of a passport. Again, he remembered the dream: “Prophet T.B. Joshua walked up to me and asked for my passport and curriculum vitae and prayed over them.”

Then came July 17 when “Prophet T.B. Joshua gave a prayer point, saying we should ask for the spirit of leadership, so that we could be exemplary in our careers, finances and businesses.”

Joel Ambebila keyed into the prayer. Not only that, it became the subject of his supplication every morning. Ten days later on July 27, the miracle happened. In “confirmation of the prayer by the Man of God about being leaders in our careers,” he received a mail announcing he had been appointed DIRECTOR of his department!