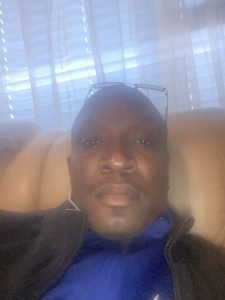 HEALED And DELIVERED In The Dream!!!

HEALED And DELIVERED In The Dream!!!

“Good Morning and Win Today! My name is Teboho Edwin Chaane from South Africa. Last week, I was suffering from gastro-reflux. I was burping heavily and feeling chest pains and shortness of breath.

As Prophet T.B. Joshua was praying for the sick on television, I joined in and under the influence of his powerful prayer, I started coughing and spitting phlegm. I was not coughing before that prayer! After the prayer I felt light and even stopped the medication the doctor had prescribed as it was too strong for me. I went to bed that night and had a remarkable dream.

In the morning of Monday 6 July 2020, I saw myself at the Synagogue Church of All Nations standing in the front row with my family. Prophet TB Joshua began praying for people and as he came towards me, he touched my chest and moved his hand downward. Immediately the demons manifested in me and I started rolling around. I felt a spirit leaving my chest and as I fell to the ground, the Man of God pulled me with my right hand so that my head did not land on the steps and hurt me. I was declared free and immediately I woke up! I didn’t feel anymore pains in my chest and my breathing was completely back to normal.

Three days later I went for a check up and the doctor confirmed that the medication I had stopped was indeed too strong! I thank Jesus Christ for healing me and freeing me from the bondage of evil spirits through Prophet T.B. Joshua. I m healed and delivered, in Jesus Christ’s mighty name!”