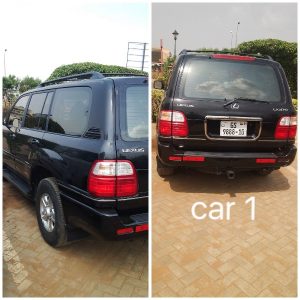 A woman stumbles upon a unique TV channel and finds there are no limits to the blessings she can possess.

The sad news hit Marie Josiane Boateng like a fierce thunderstorm. It left her totally devastated. The day was September 30, 2013. She had looked forward to a restful weekend. What she got instead was a wave of sorrow. “I lost all hope in life. I desperately needed orientation; I needed spiritual refuge,” she said, following the death of her beloved father.

“I started watching Emmanuel TV and praying along with Prophet T. B. Joshua.” The result was amazing. “I began to regain hope,” she said. “I began to accept my father’s death and live life again, this time, with Jesus as my Lord and Saviour.”

She had barely heaved a sigh of relief when, the following month, the devil struck. “I developed boils in my armpits. Every effort to treat them failed. I used different kinds of antibiotics and herbal remedies. I even used anointed water and oil received from several churches. Nothing worked.”

“Sweetheart,” she called her husband. It was the first Sunday of the year 2015. A thought had been nudging her heart. She was eager to embrace it.

“I want to attend the service at the Synagogue, Church Of All Nations (SCOAN) branch in Accra. I have been watching Emmanuel TV and listening to the testimonies. Something tells me this is where I will receive my healing,” she said.

She studied his face and waited for an answer. The channel had become a part of the family, with the voice of the Man of God reverberating across the apartment. The walls, the chairs, the curtains, the flowers had all soaked up his anointed words, leaving as it were a positively charged atmosphere. There was little surprise therefore when her husband nodded in approval.

Marie’s visit couldn’t have been more providential. “Luckily, the Morning Water was being given out at the branch. I got one and some Stickers,” she said.

There was no time to waste. “Immediately,” she ministered the Water in both armpits. She also folded two Stickers and placed each in either underarm. Satisfied with the spiritual therapy, Marie wore her jacket. Case concluded.

“When I arrived home after the church service, I realised that the boils had started ‘blasting’, one after the other. I continued to pray and administer the Morning Water. By May 2015, I became TOTALLY FREE – one and a half years after the agony began! Till today, I’ve not had a single boil in my underarms! I can wear sleeveless clothes and shave my underarms! I can raise my arms in public without shame! Hallelujah!”

Marie adds, “Now, my entire family follows Prophet T. B. Joshua on Emmanuel TV, YouTube and Facebook. We have been receiving breakthroughs in our finances, children’s education and marriage! The Lord also blessed us with three houses, three plots of lands, three cars and more contracts! Glory be to God!”