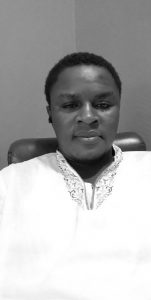 A sick father receives the Morning Water. He recovers. Two weeks later, his son, who sent the spiritual item, begins to experience similar symptoms. It’s a battle. Someone’s got to win it!

“Dad is very sick. We have tried all we can; he is not getting better. Nothing seems to be working.”

The message left Michael disturbed. He loved his father. He wished he could immediately vanish from Ghana and reappear in Nigeria, at the man’s bedside.

Something else bothered his mind also. He needed to send money urgently for papa’s care. That didn’t look feasible. He was cash-strapped. “I knelt down and prayed for a financial breakthrough,” said Michael, testifying: “That same week, God answered my cry, and I was able to transfer some money to him.”

But nursing the unwell sometimes comes with challenges, especially when caregivers can’t reach a decision. It was a lesson Michael learned firsthand. “I asked my sister to take him to the Synagogue, Church Of All Nations (SCOAN) in Nigeria, so that he could be prayed for. She agreed. The following day, however, she had a different story.”

“Yes, Sister. How are things going with dad?” he asked.

“Nowhere!” answered his sister, sounding worried. “Your brother has refused.”

Recalling the situation, Michael said: “I decided I wouldn’t argue with him. Father had been staying with him. I simply wanted him to take dad to The SCOAN for prayers, but he told me, ‘I will have nothing to do with that.’ Sadly, he went about consulting spiritualists over the matter. But these couldn’t solve the problem.”

Michael needed a new strategy. He rushed down to the SCOAN branch in Ghana, got the Morning Water, and sent it to Nigeria. His sister received the item and swung into action, administering it on papa. “Few days later,” an elated son testified: “I received news that my father has been healed and has even moved back to his house! I was very happy.”

Michael rested on the sofa. His eyes fell on what he thought was water on the floor. “How did that get there,” he wondered. He walked to the bathroom and returned with a mop. Seconds after he began to clean up the liquid, he lost his balance and hit the floor with a thud. The “serious fall,” left him with a dislocated left wrist. A strange experience followed, as he slept that night; he dreamt he was being fed by family members from Nigeria.

“That was where my sickness started,” said Michael. After scans, a blood test, and the efforts of doctors who “did their best,” Michael’s health remained in limbo. The medical staff diagnosed malaria, but Michael believed there was more to his failing wellbeing.

“I realised that this was spiritual. The devil was very angry I defied him by sending the Morning Water to my dad,” said Michael. He also had another reason to suspect the old enemy was after him. “I began to manifest all the symptoms my sisters and brothers said father had. As my health deteriorated, I had to sell off all the goods in my office to pay hospital bills,” he said.

With his adversaries closing in; Michael needed to move fast. Then came the healing service at the SCOAN, Nigeria, on December 9, 2016, and the prophetic service on December 10. As the Man of God, Prophet T. B. Joshua, ministered in the name of Jesus Christ, Michael confessed distance was not a barrier, saying: “I connect with the anointing manifesting in Nigeria, right now!” As he spoke, he placed his hand on the Church’s Facebook page, believing his challenge had come to an end.

“That night, I was really visited,” said Michael. And when he woke up the next morning, guess what! “THERE WERE NO MORE PAINS!”