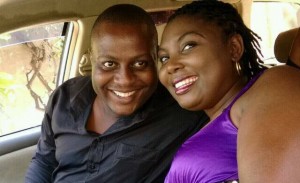 “I BEGAN DRINKING ALCOHOL WHEN I WAS THREE!”

“I BEGAN DRINKING ALCOHOL WHEN I WAS THREE!”

Are you addicted to alcohol and pornography? Find your way out as you listen to Joseph Naleo from Tanzania.

“Good Morning! I am 36 years old. I started drinking alcohol when I was very young. My late father told me that when I was just 3 years old, I took his liquor from the cupboard, drunk it and caused a commotion at the school that he was teaching in at the time. I had my first beer in 1987 aged 9 during Christmas at home when I was living with my grandparents. That same year, I took whiskey.

“It was a habit that I prayed over it to stop but to no avail. I expected that it would have stopped when I got married in January 2011 but it actually became worse! I chased after women and had affairs with them yet still masturbated. It was really bad.

“I came across Emmanuel TV in 2007 after installing a satellite dish when I got my first job after graduating from university. However, I was not watching it seriously. I began to take more interest early in 2012 after I lost my job. The more I watched, the more I realised I needed deliverance to get out of this mess.

“By God’s grace, I received the Anointing Water from a friend on 22nd August 2014. I sprayed and prayed with it the following day. People of God, I have not smoked cigarettes, drunk alcohol, watched pornography or masturbated ever since then! Even to sit with someone smoking, I feel irritated and the smell of alcohol makes me sick. By God’s grace, I have affection towards my wife and no longer chase after other girls. Indeed, God is mighty and faithful. Emmanuel!”