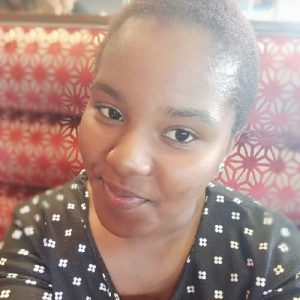 I Identified Myself As Anti-Christ – Until Christ Found Me!!!

I Identified Myself As Anti-Christ – Until Christ Found Me!!!

“Emmanuel! Good morning! My name is Pearl Hlaneki from South Africa. I am 20 years old. I am writing to the goodness of the Lord and to hopefully help my fellow Christian youth.

“From a very young age, I hated church. I hated Sunday school and I hated everyone around me. I had depression from the age of 8. I was very emotional and when someone said something I didn’t like, I would break down and cry. My parents always thought I was just crying for nothing. At the same time, I had the spirit of lust and the spirit of woman. At this young tender age, I had already started engaging with girls. I didn’t even have to say anything to these girls. I just looked at them and the spirit in me entered them – none of them could resist. This led to many encounters with fellow girls – from my friends to my cousins. I also watched pornography with them. I also dreamt that a red men was having intercourse with me and that a snake entered my genital area.

“At the age of 13/14, I was sent to boarding school. I became a loner and quiet. For the first year, I still had the spirit of anger, which led me to do abnormal things to the other learners. For example, if someone provoked me, I would react. There was an instance where a girl threw my book out the window and I took her school tablet and threw it out, and ended up breaking it. Whenever I became angry, it was as if a demon was manifesting and this made other people fear me. The people around me would say I looked very scary and they became afraid of me.

“The following year, I met my best friend who introduced me to church again. I would go to church but I didn’t have a relationship with God, let alone know Him. I didn’t like reading the Bible and I did not have a single church song in my phone. I still watched pornography alone in the school bathroom even though I risked being kicked out of school if someone found me. The spirit of anger was still inside me, leading me to always fight with my roommates and say hurtful things. I also use to steal their food and eat when they were not in the room.

“The same year my friendship grew with this girl and she forced me to always follow her to church. This was how I slowly started turning from a non-believer to a believer. I learnt more about God and found refuge in Him – but those evil spirits were still in me. It was as if they left when I went to church and then came back. After two years in boarding school, my parents moved to that town and I left the boarding school and became a day scholar. I could no longer go to church and became highly depressed again. I would smile on the outside but cry myself to sleep. I still watched pornography and lusted after men and women. And they lusted after me – the people with the spirit of lust could sense I also had it .

“At the age of 17 I graduated from high school. I decided to learn from home and not to leave. Although this was a great idea, temptation now came to me . Satanic people came to me and wanted to befriend me. Aged 18, I started a journey where I tried to prove God was not real – although I knew He was. I read the Bible trying to find loopholes. I had become an anti-christ and identified myself as bisexual. I prayed to God and told Him I didn’t need Him anymore – not knowing how lost I would be without Him. My depression skyrocketed. I felt alone. I started drinking and smoking. I had the spirit of anger, lust and masturbation. In my spiritual life, I was lost, emotionally I was drained, mentally I was tired and physically I was slowly dying. My chest would hurt as I cried myself to sleep. In January 2018, I became very suicidal. My parents didn’t know because I hid it. I couldn’t hold any friendships as I didn’t like staying with people. I became angry at God and the world. I wanted to die. I always stayed in my room alone.

“My mother played Emmanuel TV on Sundays and one day I sat and watched. Prophet TB Joshua preached and spoke about how God could save anyone from the spirit of pornography. I felt something in my head. At the same time he was talking about a spiritual operation, I was also getting one! It was astonishing that God would still want to save me after all I had done. Not long after that, I met a new friend who tried to get me smoking weed again. I tried smoking three times but I didn’t like it anymore! So, I stopped and started avoiding him. I was slowly growing in spirit and became friends with the Holy Spirit. I always watched Emmanuel TV every Sunday.

“The devil tried times without number to lure me back. I got attacks in my dreams but I always found myself praying in the dream and the demons couldn’t touch me. They were always angry when I prayed. I also dreamt that I was going to be initiated into some sort of cult. I was in a crowd of girls in a room. I started calling for my friend and everyone turned to look at me. I instantly became afraid. At that time there was a loud explosion at the door. I covered my face and was afraid to turn around as I knew the devil had entered the room. I looked at the girl next to me who looked horrified and asked her how the creature at the door looked and she said ‘demonic’. The same time I prayed and said, “God of TB Joshua save me” and I felt like my soul was pulled out of the room and I woke up from the dream.

“My emotions were in control but my school work became hard. Although I was always very intelligent, I failed two modules. This was the devil trying to pull me back to depression – but this only motivated me to work even harder and the next semester I got Bs and a distinction. I am extremely grateful that I am a Law student because the devil always told me that I would only became an object that men would use for their amusement!

“The Holy Spirit helped me stop emotionally eating and started living a healthy lifestyle. I exercised and ate good and normal food. In the process I lost 20kg! The spirit of anger, lust , masturbation, pornography, spiritual husband, woman, smoking and drinking finally left me after years of occupying my body! I can say now I am the opposite of my past life! I hardly get angry and when I am provoked, I walk away. I can now make those around me smile and happy. The most important thing is my relationship with God! I can say without fear that I love Him as I love church.

“In a dream, I was shown my future. I saw myself in a big office with a beautiful view and I was going on my knees to pray in the dream. This has shown me that God has a greater plan for me. I love myself and I don’t see why I would end my life.

“I write this – not only as a testimony but as thanksgiving to God. If He had left me, I would most probably have died a long time ago. I no longer listen to worldly music nor look at things that might lure me to worldly things. I keep the Word of God as the standard for my life! I pray for the women and men who crossed my path – that they will be saved and find Christ. I also pray that they find it in their hearts to forgive me for pulling them to the dark side. I pray that they are also given a chance for a new beginning. With that said, I thank God for my deliverance and that He never gave up on me! Although I feel unworthy of His love and kindness, I am forever grateful. Emmanuel TV has been a blessing to my life and family! God will bless every member of The SCOAN, who helps ensure salvation finds us from every corner of the world. Emmanuel! God is ALWAYS with us!”