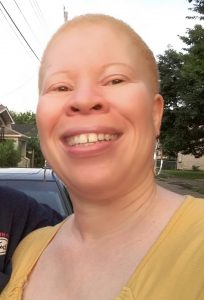 How To Identify A Real Man Of God!

How To Identify A Real Man Of God!

In despair, following a terrible tragedy, a woman prayed, “Lord, show me a real man of God.” What she found will shake up your opinion…or affirm it.

Carolanne McLean will never forget October 10, 2013. It was the day a horrible car accident killed three of her church’s main leaders – the Senior Pastor, the Senior Pastor’s wife, and the Associate Pastor. Haunted by gloom and confusion, and desperate for consolation, she began to cry out to God for the truth, asking Him to show her a “real” man of God.

“The Lord put it in my heart to go to YouTube and type in the keyword, ‘deliverance’. Based on the logo I saw at the corner of each video, I discovered Senior Prophet T.B. Joshua and the Synagogue, Church Of All Nations (SCOAN).” And although, she kept “questioning God all the while”, she nevertheless gave more than a passing interest to the inspired messages she was hearing on Emmanuel TV.

For over a year, she “treated every sermon by the prophet like a university class; taking notes meticulously, studying them daily, trying to follow the prophet’s instructions, participating in mass prayers and prayers for viewers.” She even took notes on confessions heard during deliverance. “Little by little,” she began to understand what she had been seeing and hearing, and also began to see life as a “battle between light and darkness.”

A problem, however, remained. Some powers were playing a fiendish game with Carolanne’s mind. Hard as she tried, the resident of Texas, United States, just couldn’t comprehend the Holy Scriptures. “I grew up reading the Bible,” she said. “I always wanted very much to understand it all. But my understanding always seemed limited. Confusion came into my mind often and I would be blocked from understanding.”

Carolanne recalled the prophet’s teachings; spiritual principles that impacted on her tremendously. She remembered: “Christianity lies in the heart,” and “the Word and Spirit must be one.” She called to mind: “The Word of God must be read slowly, attentively and repeatedly,” and the prayer, “Take more of me and give me more of You!” Of course, she didn’t forget: “As a Christian, it does not matter how you die, but how you live,” and “The Bible should be the database for your opinion.”

But there was still one more treasured nugget in the recess of her heart. She searched diligently. Yes! She found it! She had learned it from watching the Man of God conduct the mass prayers. It was: “COMMAND THEM (DEMONS) OUT!” What could have been more timely?

She described what happened: “One day, I was on my knees reading my Bible and talking to God in my heart, asking Him, ‘Take more of me and give me more of You’ Suddenly, I flew to my feet. The movement was quicker than I could have done on my own accord. Before I knew it, my mouth was commanding, “Whatever demons are keeping me from understanding the Word of God, GO OUT! in the mighty name of Jesus!” I continued to utter this, until I felt an oppressive presence move from around me. It was as if someone had been pressing down on me, holding me in some way, and then suddenly such was not able to do so anymore.”

When Carolanne got back on her knees to read, she realised at once that she was looking into a new book with a new and empowered mind. “The entire Book seemed to have changed instantly! Words on the pages even appeared bigger! The Bible opened up to me; laid before me like a map! I could see the whole thing from the beginning to end, all at once! By revelation, I saw it was not many chapters and verses, but one whole Book! I saw the Bible is a series on different people, places, things, times and events, used to teach the same spiritual lessons over and over again, in different ways. I saw that the entire Bible is prophecy, parable and canon. My heart began to soar! I was in love!”

Describing the experience as the “greatest and most astounding miracle, Carolanne testified: “Now, when I meditate on the Word, I hear the voice of the Lord clearly. And even if I read just one scripture, I see layers upon layers upon layers of spiritual lessons. What vision and wealth I have been given, far beyond the riches of this earth!”

For the inestimable blessing she received and the “many wonderful things” that have happened to her since she began to watch Emmanuel TV and pray along, Carolanne concluded: “Senior Prophet T.B. Joshua, you are that REAL MAN OF GOD!” adding: “Because of you, I no longer have a mere book that I carry with me from time to time or read on my phone. Rather, I have a Holy Bible that is hidden in my heart, is always with me, and gives me sight beyond sight; sight beyond what my natural eyes can see!”