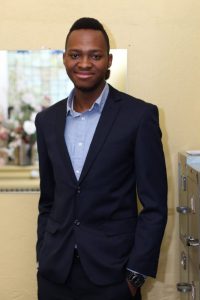 “I knew that what I was doing was wrong and tried to stop on my own on several occasions but I failed. There were several times my mum would take us to prophets and pastors but none could ever find out the problem I was going through. There were times I would cry because I could not stop myself from watching pornography and masturbating. After some time, I dated someone while doing my undergraduate degree and fell into the sin of fornication. So my life was in the complete darkness of sexual immorality. After school, I came back to my home city of Ottawa. Then I met my Pastor who took the youth for a retreat. In that retreat, he began teaching us on the dangers of sexual immorality. From there I started on by asking God to please pardon me. When I got back home, I seriously began watching Emmanuel TV, praying with Prophet T.B Joshua and listening to his sermons. There was this day I was listening to Prophet TB Joshua preaching and he said pornography was even worse than someone fornicating. That really hit me hard and I began asking God to forgive me and deliver me.

“From there on, my life began to change! I would meditate on his prayers, ‘Take more of me Lord Jesus and give me more of You’. I was more and more serious with the things of God. I was more involved in my local church. Today, I am so thankful to God because I am completely free! As the Bible says, ‘Whoever Jesus sets free is free indeed!’ I no longer have the urge to watch pornography and masturbate. Instead, my desire is to study the Word of God, listen to sermons from Emmanuel TV, go to church and be involved with the things of God. Most of my day I meditate on the Word of God and I always pray and sing – ‘Holy Spirit breathe in me so my thoughts may be holy’. I was in this bondage for almost 16 years of my life but today, Jesus has completely delivered me and set me free. Emmanuel!!!”