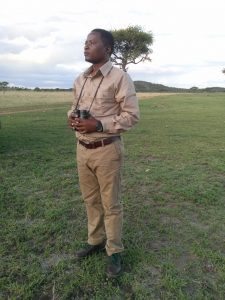 Lifted From Grass To Glory!

Lifted From Grass To Glory!

Life was a vicious cycle of failures and disappointments until he prayed with the Morning Water and Sticker.

It began when he was little boy of eight, probably too young to grasp the monstrousness of the evil force that had stomped in through the family’s door. Nevertheless, Anicet Philip still recalled how “something” happened that “changed our home from one of happiness to a place of calamity. We had nightmarish experiences and were haunted by excessive poverty. We became beggars, unable to afford even a single meal per day.”

The water had been troubled; and for decades, diabolic ripples worried Anicet. He lived a miserable life, shadowed by a malicious power that had sworn he would never make any progress. “Nothing worked for me,” he said.

Everyman needs a woman, goes the saying. And Anicet is no exception. He took a shot at matrimony. Did his dream come true? No guess could have been simpler. “I got married,” he said, “but it scattered after a while. I was left alone with my sons. I had nowhere to live. Even the meagre job I had was lost. I began to survive at the mercy of friends. With nowhere to lay my head, I ended up sleeping on the verandah of one of my pals, until even he got rid of me. I was at the end of the road. I packed my few belongings and returned to the village where my mother lived.”

Amid the gloom, however, he clung to hope, believing his situation could be reversed by the mighty hand of God. In April 2016, he visited the Synagogue, Church Of All Nations (SCOAN) where he received the Morning Water and Sticker. Back in Tanzania, he began to pray with the items.

In September, five months after, Anicet walked into a breakthrough. He testified: “God miraculously provided money for me. I was able to buy all the household items I needed. I also rented a furnished three-bedroom apartment, and bought a car. The same year, in December 2016, I got a very nice job at a high-end company and was paid good money, the kind I never received in my life!”