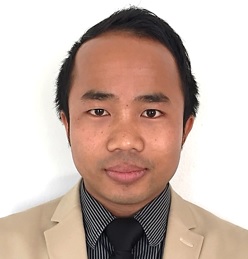 From MYANMAR To NORWAY To NIGERIA!!!

From MYANMAR To NORWAY To NIGERIA!!!

“Emmanuel – God is with us! My name is Kenny Pa Lian and I am originally from Myanmar but residing in Norway today. I have a wonderful testimony that I want share with you. My testimony goes like this: I was in situation where I decided not to depend on God anymore. On the night of 26th May 2017, at about 23:30, I was driving my car with alcohol in my blood and I crashed into another car. I lost my driver’s license and became jobless the same month. I was so depressed and did not know what to do. I did not know if I could continue to go to church and meet church members because I felt so lost and embarrassed.

“One night, I began to watch videos on YouTube as I used to do every night. I suddenly came cross a video from Emmanuel TV of a woman who needed healing. I said to myself, ‘No one in this world could heal such a disease – only Jesus Christ can do it’. I suddenly saw the man of God, Prophet TB Joshua coming towards her and pray for her. After some minutes, she began to rise up and walked freely. I could not still believe that miracle and I began to watch more of the videos from that channel! I eventually got interested in viewing more and more. At the same time, I began to realise that the videos really helped me to overcome my depression and helped me to have the courage to return to my church. The sermons of Prophet TB Joshua also give me the desire of coming closer to God and helped me to understand the difference between Christianity and religion. After watching many sermons and other miracle videos almost every night, I began to realise and that this man must be a true man of God sent to us!

“At that time, I was suffering with a sore between my fourth and fifth toe for more than two years. My right ear was also partially deaf. In my dream, I had seen a white earthworm entering the sore and in another dream I saw fly entering my right ear. I decided not to go to my doctor because I knew it was evil attack and resolved therefore to visit The SCOAN, even though I never believed it could be possible to actually make such a journey.

“However, by the amazing grace of God, in October 2018, I visited The SCOAN with the Europe group. During the Sunday Service, wonderful things happened to my life – what I had been waiting for more than two years to experience! While I was singing praise and worship, I began to feel a vibration in the exact area where my sore was. A divine operation was going on in all the areas the sore had affected. I was so happy and filled with joy; I had never ever experienced such a feeling before.

“During the Mass Prayer, I started to vomit poison. At the same time, I felt like something was coming out of my right ear. I was full of joy because I was so convinced that Jesus Christ had healed both my sore and my right ear. Today the sore and all the areas that sore affected are completely normal. My right ear is working as good as my left ear. I give all the glory to God! I am healed both physically and spiritually by the grace of God today!

“As Prophet TB Joshua said, I have already scored 50% by visiting The SCOAN. God will do the rest for me. Even more anointed blessings are coming on my way and in my future! Better is not good enough; the best is yet to come. Thank You, Jesus! Thank you, man of God, Prophet TB Joshua.”