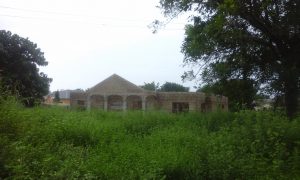 Struggling with alcoholism? Do evil habits restrict your life’s progress? You’ll never remain the same after reading this!

She wasn’t dreaming. The bottle actually stood on the table. It’s smooth and tempting froth had begun a slow cascade down the gleaming side of the mug. It waited for a pair of desirous lips. It waited for Godwin Asaah Apo-ita. But there would be no guzzling today. Four other bottles on the queue would also have to hold on forever. Something had happened to him, and his wife was quick to notice it. “She could not believe it.”

“I went out with my family for a refreshment. As usual, my wife and kid took their non-alcoholic beverages while I settled for beer. But it was so amazing; I could not withstand the smell of alcohol after the bottle had been opened. I just could not drink it.”

Godwin used to be “one of the critics of Prophet T.B. Joshua.” But that changed in 2013, after a friend introduced him to Emmanuel TV. It was the beginning of a series of Divine interventions that would transform his life.

“I started watching,” he said. “One fateful night, I felt so touched by the encouraging words from the Man of God. I fell down on my knees and opened up my heart. I was in tears. I prayed along with him, as he ministered to viewers all over the world.”

Needless to say, it was the last time beer beckoned to his lips. The anointing rested on him so heavily; he had a spillover of deliverance. “To cut a long story short,” said Godwin, “I stopped drinking alcohol from that day, and the Lord has been so good to me, till now. While I drank, I faced a lot of challenges such as stagnation at my work place. I had urge for pornography. I experienced disrespect from colleagues. And above all, I was in the grip of infidelity.”

Since he was set free, after praying with the Man of God, Godwin says: “I have regained confidence at my work place. I was also promoted. Now, I am blessed with another baby girl. This was not possible during my sinful days. I am happy to announce that I have since gained financial strength, and I am currently constructing my own three-bedroom apartment!”

Godwin, who lives in Bolgatanga, Ghana, gives the Lord Jesus Christ the glory for the breakthrough. He is also thankful for Emmanuel TV and Prophet T.B. Joshua.