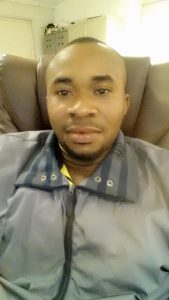 Prophet T.B. Joshua Prophesied To Me… In My DREAM!!!

Prophet T.B. Joshua Prophesied To Me… In My DREAM!!!

Troubled by a problem that wouldn’t go away, he took the matter to God, finding inspiration on Emmanuel TV and subsequently a cure.

Prince Davies had a running nose for TWO YEARS! The terrible condition made him visit “almost all the ear, nose, throat specialists” in search of a cure. When it seemed no prescription or medical advice would help, he “decided to visit native doctors.” Again, his efforts were fruitless.

At this point, Prince thought it was wise to “take the problem to God in prayer.” He also began to watch Emmanuel TV. He saw testimonies of healing and breakthroughs and was inspired by the teachings of the Man of God, Prophet T.B. Joshua. His faith began to grow, paving a way for his miracle.

One day, as he watched the channel, he slept off and dreamed:

“Yes, that man over there. Come, let me pray for you,” said Prophet T.B. Joshua, pointing to a man on a row of chairs.

Prince looked to his left and then to the right. He wasn’t sure if he was the one the Man of God was speaking to. He touched his chest in a questioning gesture.

There was no doubt, he was the one being called. He stood up. He noticed at once that a thousand pairs of eyes were riveted on him. His knees knocked nervously as he began to walk forward.

“You have a problem with your nose. Can I pray for you?” he asked.

“In the mighty name of Jesus,” said the Prophet, as he touched his forehead.

Prince felt something drop suddenly from his body. He looked around to see what it was.

Then he woke up.

It was a different Prince Davies that opened his eyes on the bed that morning. He had rested his head on the pillow suffering from a never-ending nasal condition but had woken up delivered, testifying: “Since then, up till now, I have been OKAY!”