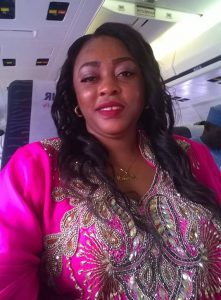 Special Blessing of God in My Career

Special Blessing of God in My Career

“My testimony goes this way. My name is Fidelia U. Agomuo and I am from Imo state and married to Mr Uche Agomuo. I joined the Nigeria Police in the year 2009 as a recruit. In 2010, I was promoted to the rank of Inspector which is triple promotion. God promoted me again in January 1/1/16 to my next rank (ASP), while some of my mates were left behind. I was the only one promoted from my state. I was posted from Abuja to Rivers state. Where I was posted to, I became the head of my unit but the woman that was heading the unit before I took over became so annoyed. She hated me so much that she moved about trying all sort of things to make sure that I was transferred out of the state.

I was later transferred out to Nasarawa state which by the grace of God, I was returned back to Rivers state through the help of Prophet T.B. Joshua Prayer Line which I called and they prayed for me. I watch Emmanuel TV both in my house and office. I thank the prophet and his team for making it possible for me to use this medium to share my testimony.

I know a lot of people are passing through the same thing I passed through in their place of work but please you should always believe and trust in God. Also know that God is really using Prophet T.B. Joshua for good works. God bless you all.”