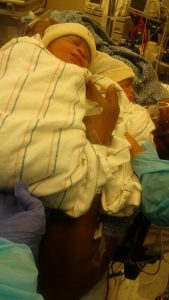 This testimony is actually long overdue. In October of 2017, I had complications with my pregnancy. I was given wrong medication at the hospital causing my feet to swell. My mother and I called The SCOAN twice and we were assisted in prayer. I had to undergo a C-section to deliver my twin boys prematurely since one of my babies was not breathing properly. Initially, we were told that they were going to be incubated for 3 to 6 months. We kept praying and anointed the babies’ breast milk with the New Morning Water. Within 5 days, the first baby was discharged and 4 days after the second baby was also discharged safe and sound. My babies are 1 year old now and still healthy with no issues. My family and I would like to thank God as well as the man of God.