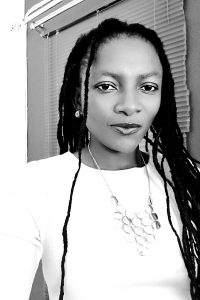 All was not right. She was losing affection for her heartthrob. A “dark secret” she indulged in frequently had woven a satanic web around her life, threatening to hurl her into destruction. Then she dreamt about Prophet T.B. Joshua.

For about a year, Wamuchefya Mubanga lodged in the dank dungeon of an addictive pastime. What began as a brief fascination with Insunko soon became an obsession, a “dark secret” to which she was “slowly losing” her life. “The powdery tobacco substance is sniffed by many women in my country, Zambia, with claims that it gives warmth to the body,” she explained.

If any danger signal beeped, she paid little or no attention until her marriage began to bump into a curb. “I started losing affection for my husband,” she admitted. The habit, having “taken a hold” on her, she found she was also becoming addicted to watching pornography on the Internet. “Every time I take Insunko, it gives me a strange desire to see naked men. It was so terrible,” said Wamuchefya.

Mrs. Mubanga didn’t give “seriousness” to “worship and fellowship with the Synagogue, Church Of All Nations (SCOAN)”, although she had “watched Prophet T.B. Joshua ministering on Emmanuel TV for a long time.”

One day, however, she had a peculiar dream:

I was lying on the floor at the SCOAN prayer line. The Man of God, Prophet T.B. Joshua, walked up to me and touched me at the back twice. Both times, I felt something leave my body. With each touch of his hand, I shouted, ‘I am delivered! I am delivered!’

As Wamuchefya opened her eyes, she noticed an odd feeling in her stomach. “It was as if there was something I needed to vomit.” Convinced the deliverance she saw in her dream would not be complete without prayer, she stepped up watching of Emmanuel TV, boosting her faith.

Then came the live service, January 28, 2017. As Prophet T.B. Joshua prayed for viewers all over the world, proclaiming distance is not a barrier to receiving any blessing from God, Mrs. Mubanga reached out her hand and with faith touched the TV screen. The transfer of power was instantaneous.

“Immediately, I fell to the floor of my bedroom. I began to vomit. I knew I was under the influence of the Prophet’s anointing, so I kept shouting, ‘God of my Prophet, deliver me!’ After this, I felt peace sweep over me. What came out of my belly was a blood-like stuff. And from that time, the feeling of wanting to vomit ceased.”

Totally free, Wamuchefya Mubanga testified: “I have never taken that substance or watched anything negative on the Internet since that day. My God has delivered me through the anointing He bestowed on His servant, the Man of God, my Prophet, T.B. Joshua!”

Are you struggling with a similar addiction? Pray along with Prophet T.B. Joshua and believe God for your own deliverance, in Jesus’ name!